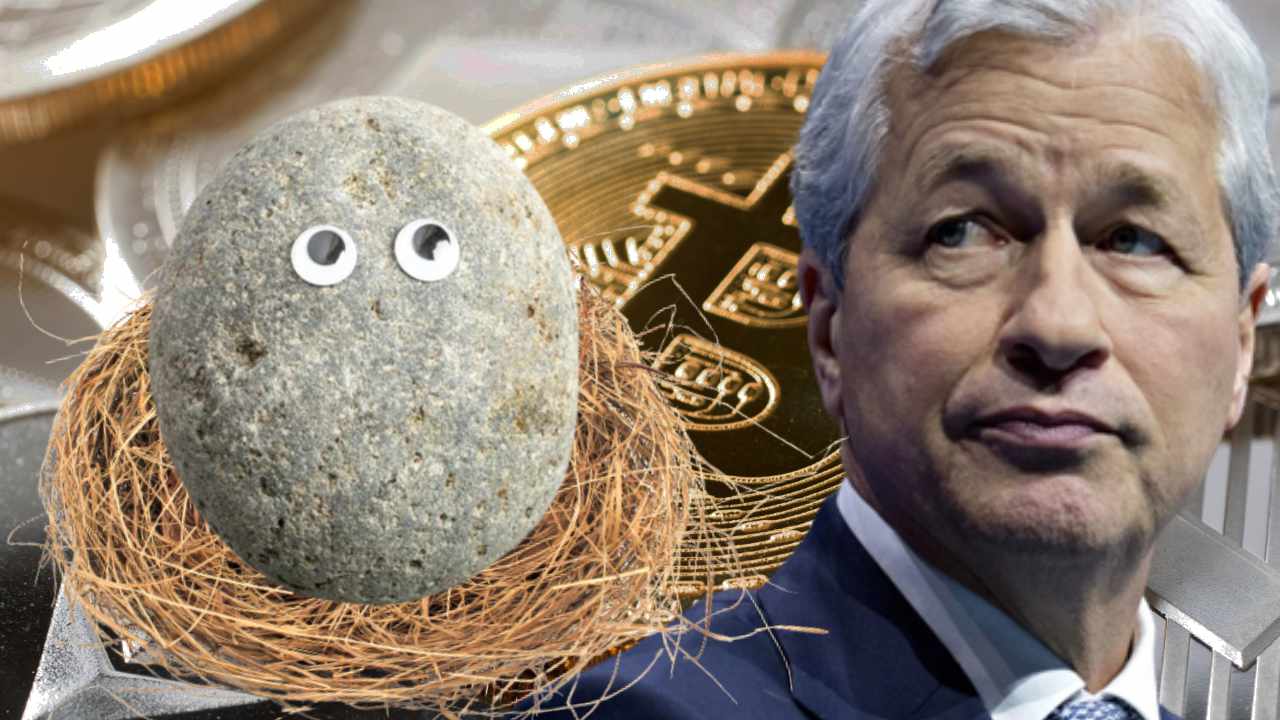 JPMorgan Chase CEO Jamie Dimon says crypto tokens are like pet rocks. The executive also believes crypto regulation should be strengthened, stating: “The regulators who beat up on banks should maybe focus a little more on crypto.”

The chairman and CEO of global investment bank JPMorgan Chase, Jamie Dimon, talked about crypto and its regulation following the collapse of crypto exchange FTX in an interview with CNBC Tuesday.

He was asked whether the FTX meltdown is contained and does not matter or whether he believes it is a symbol of something larger that is happening in the economy. The JPMorgan boss said:

Crypto is a complete sideshow, okay, and you guys spend too much time on it. I’ve made my views perfectly clear about crypto tokens are like pet rocks, and people are hyping this stuff up.

Pet rocks are just rocks in custom cardboard boxes, marketed as live rocks in 1975. Over 1 million pet rocks were sold for $4 each and the fad lasted about six months.

Commenting on U.S. Treasury Secretary Janet Yellen stating that the FTX collapse was “a Lehman moment within crypto,” the JPMorgan chief executive opined: “I don’t think she meant a Lehman moment … Crypto is worth a trillion dollars.”

Dimon also believes that crypto regulation should be strengthened. “The other thing the American public should look at … if you look at all the buying and selling, so if bitcoin is worth like under a trillion dollars today, and we’re not even sure that is a real market by the way, that 20 to 30 billion of ransomware a year that we know about, 20 to 30 billion of exchange costs that we know about, lots of AML anti-terrorism financing, tax avoidance, sex trafficking, in which what why we allow this stuff to take place,” he continued, emphasizing:

I think, you know, the regulators who beat up on banks should maybe focus a little more on crypto.

While downplaying the significance of cryptocurrency, Dimon reiterated his belief in blockchain technology, stating:

That doesn’t mean blockchain is not real. That doesn’t mean smart contracts won’t be real or Web 3.0 but crypto currencies that don’t do anything, I don’t understand why people are spending time.

Dimon has long been a critic of bitcoin and crypto. In September, he told Congress that crypto tokens like bitcoin are “decentralized Ponzi schemes.” He previously said bitcoin is worthless and has warned people to be careful when investing in cryptocurrencies citing that they have no intrinsic value. In May last year, he personally advised investors to “stay away” from cryptocurrency. While Dimon is skeptical of crypto, his investment bank, JPMorgan, has been offering a number of crypto investments to clients.

What do you think about the comments by JPMorgan Chase CEO Jamie Dimon? Let us know in the comments section below.